My Journey with Chronic Autoimmune Disease

My journey began in October 1975, although I suspect that the foundation was laid long before. I tended to have health challenges beginning at an early age. I developed severe headaches, which, looking back, seem very much like migraines. It’s clear to me now that this was the start of what was to be a long journey through the maze of chronic autoimmune disease.

During the summer of 1975 I worked in landscaping. When I wasn’t working on the weekends, I was at the New Jersey shore with my buddies. I don’t recall it but years later my mother told me that I would come home from work very tired and would nap almost daily. Later, after the school year began in September, I developed a rash on my forehead. At first I thought it was an allergy and I switched bath soap. The rash got worse. I noticed that my long blond hair began thinning and falling out. Next came severe joint pain and fatigue. My parents took me to several doctors who couldn’t figure out what was going on and after about a month I was hospitalized. It took two weeks in the hospital before a diagnosis could be made – systemic lupus erythematosus (SLE or lupus). I had no idea what that meant, and it wasn’t explained to me. I was just happy to be home so I could go hang out with my buddies.

I learned later from a neighborhood friend how severe lupus could be. I did not know it at the time, but the diagnosing doctor told my mother, over the phone, that she should be happy if I lived to 30.

At age seventeen I became my diagnosis. Everything about me became the disease; where I went, what I did and did not do, was dictated by having lupus. Many of the people in my life, as well-meaning as they were, reinforced the paradigm of living chronically ill, and I bought into it. I was drinking heavily, using drugs and smoking cigarettes. Why not, I reasoned, I’m already sick so it doesn’t matter. 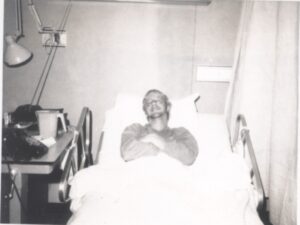 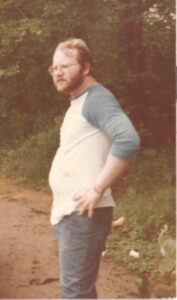 One day in April 1981 I awoke after a night out to find I did not have any cigarettes. I clearly remember thinking, “I don’t feel like going out for cigarettes, I guess I just won’t smoke”. Those thoughts progressed to “I’m not smoking” and finally, to “I’m a non-smoker”. I don’t know where that came from. Sure I had “tried” to quit smoking before, always with the exact same results that anyone has ever had who “tried” to stop smoking. I was still a smoker. But this time was different. At an instant I had transformed my thinking. I became a non-smoker. What does a non-smoker do? Well, what he doesn’t do is smoke. I didn’t realize it but I had just laid the groundwork for the rest of my life: I decided who I wanted to be and then created that reality by taking actions consistent with being a non-smoker. It was actually quite easy for me to be a non-smoker. I have not had a cigarette since.

I felt a shift in my paradigm. I decided to start exercising. I joined a gym, making a commitment by prepaying in advance for a year. I came to the realization that in the gym, lupus had no hold on me. It was the first time in my life that I felt I had some control.

Also, in 1981 I decided to take karate lessons. I had met a karate teacher at my brother-in-law’s bachelor party several years before and was intrigued but didn’t follow through. Now I was ready.  I quickly became enamored and began a life-long study of the martial arts. I’ve studied several different styles with a number of instructors, but I still consider Sifu Hayashi Tomio, my first teacher, to be my Teacher. 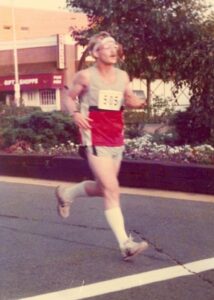 I continued my dedication to training, adding cycling and running, including some recreational 10K races but I was still not full at peace with my illness. In fact, I looked at it like a fight and I was not going to allow the disease to gain a foothold. I would hold it at bay by becoming more and fit. I still had occasional flare-ups, but they were usually short lived and not severe. I started meditating and exploring Taoist and Zen philosophies, as well as reading books by Wayne Dyer, Marianne Williamson, Deepak Chopra, Lousie Hay, Candace Pert and many others. Slowly my perspective on my illness was changing.

I started going to a counselor who happened to be an ultra-marathoner long before it was sexy. He taught me many things but the thing that stuck with me the most was his story about a person he met at the Boston Marathon. The athlete was a wheelchair competitor and, being an athlete and psychologist, my therapist was curious about the athlete’s psyche. In response to a question about his psychological state as someone who had lost the use of his legs, the athlete told him that before his accident, he could do maybe 10,000 things. Now, maybe there were 9000. He could focus on the 1000 he could no longer do, or he could focus on the 9000 he could still do. He said he chose to focus on the 9000. That conversation left a lasting impression on me and has been a significant influence in how I choose to live. 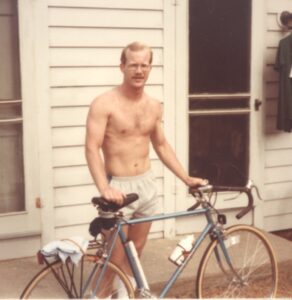 Around 1993 I started seeing a therapist in Morristown, NJ. I started to see him when I developed multiple iatrogenic detached retinas that caused me to lose the sight in my left eye. I was given a bleak prognosis – based on medical statistics, it was likely that the retina in my right eye would detach also, leaving me with little or no sight. He suggested to me that I consider a career in massage therapy. He had himself worked as a massage therapist to put himself through school, and he suggested that if I did lose my sight, it was something I could still do. That suggestion stayed with me, and in 1996 I took a severance package from a well-paying corporate job to initiate a career change into fitness and massage therapy. I became the Fitness Director at the YMCA in my hometown and went to massage school at night. I met Rose, who would later become my wife, while we were both attending massage school.

I developed kidney disease in 1998, shortly after I connected with Rose. I was already well into the process of a career change and was moving toward physical therapy when chiropractic school was presented to me as an option. Rose and I moved to Georgia in 1999. I had an idea of what attending chiropractic school would be like in terms of the education I would receive, and it was nothing like what I anticipated. It was a very stressful situation as I tried to make the best of a situation in which I was very unhappy.  In 2002 the school I was attending, which was involved in a contentious accreditation re-affirmation process with the accrediting body, had its accreditation pulled.  My reaction was a combination of anger and depression. I was 2/3 through with school and would have nothing to show for it. On Christmas Eve I awoke with my ankles swollen. I remembered a doctor in New Jersey who once said to me when you see swollen ankles think kidneys, so I asked my current doctor, who was treating me primarily with Traditional Chinese Medicine, to refer me for a urine test. I had the report faxed to me. I can remember the feeling of my legs giving out underneath me when I read the report. I had severe kidney disease. Life-threatening, as it turned out. I began getting massive doses of steroids intravenously at another doctor’s office to no avail. I was in kidney failure. I started accumulating fluid in my tissues all the way up to my abdomen. I could feel the fluid sloshing around if I rolled over. This was serious. I was on a downward spiral if this process wasn’t reversed quickly. Six months of treatment with cytotoxic drugs followed. I developed a neuropathy during the chemotherapy treatment that left me unable to use my right arm. All the while, I was trying to salvage a career by becoming an athletic trainer and was doing an internship while the kidney disease was at its worst.

I believe that my choices, about my thoughts and emotions, my poor eating habits and lack of managing stress led to the exacerbation.  I got through, with medical intervention and Rose’s support. I had dodged a bullet. The school situation resolved, I completed both my Master’s and Doctorate degrees and began my career as a chiropractor specializing in working with active and athletic clients. I went back to eating well, exercising and meditation. In 2008 I celebrated my 5-year post-chemo anniversary by completing a 50-mile cycling tour, my first of that distance in 20 years. In 2011 I ran in a 15K trail race, my first running event in 25 years. 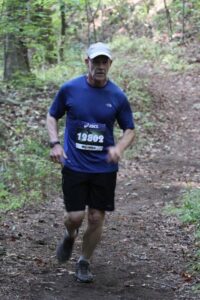 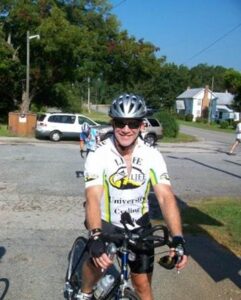 I was introduced to Functional Medicine in 2002 but I didn’t think about as a career while going through my chiropractic training. It took another significant flare-up as well as a health challenge for Rose for me to fully embrace Functional Medicine both as a patient and a practitioner. Today I’m living well by eating a diet of whole foods that includes a variety of organic fresh fruits and vegetables, high-quality protein, healthy fats and avoiding grains. I meditate and practice Tai Chi Qigong daily, exercise regularly and get outside to enjoy the natural beauty of Colorado as often as I can. 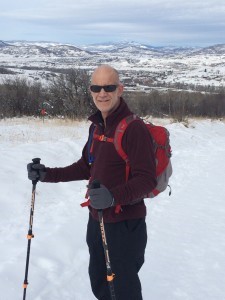 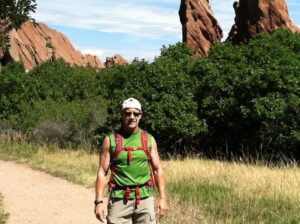 The concept of a paradigm shift to living in a state of Chronic Wellness first came to me in the early 1990’s. I began teaching the lifestyle practices that support living well and thriving, not simply surviving, with a diagnosis of a chronic health condition in support groups for people with autoimmune conditions. Over the years these principles and practices have evolved into the Chronic Wellness program that I now teach in virtual and in-person workshops and multi-day immersion retreat experiences.

I share my story so that others with similar health challenges can see that you do not have to “be“ your diagnosis. By making lifestyle changes it is possible to live a life of Chronic Wellness despite having a diagnosis of a chronic illness.

Register for a free Discovery Session with Dr. Ward 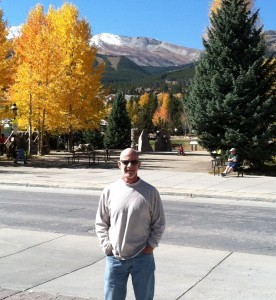 For our latest health tips and tricks subscribe below